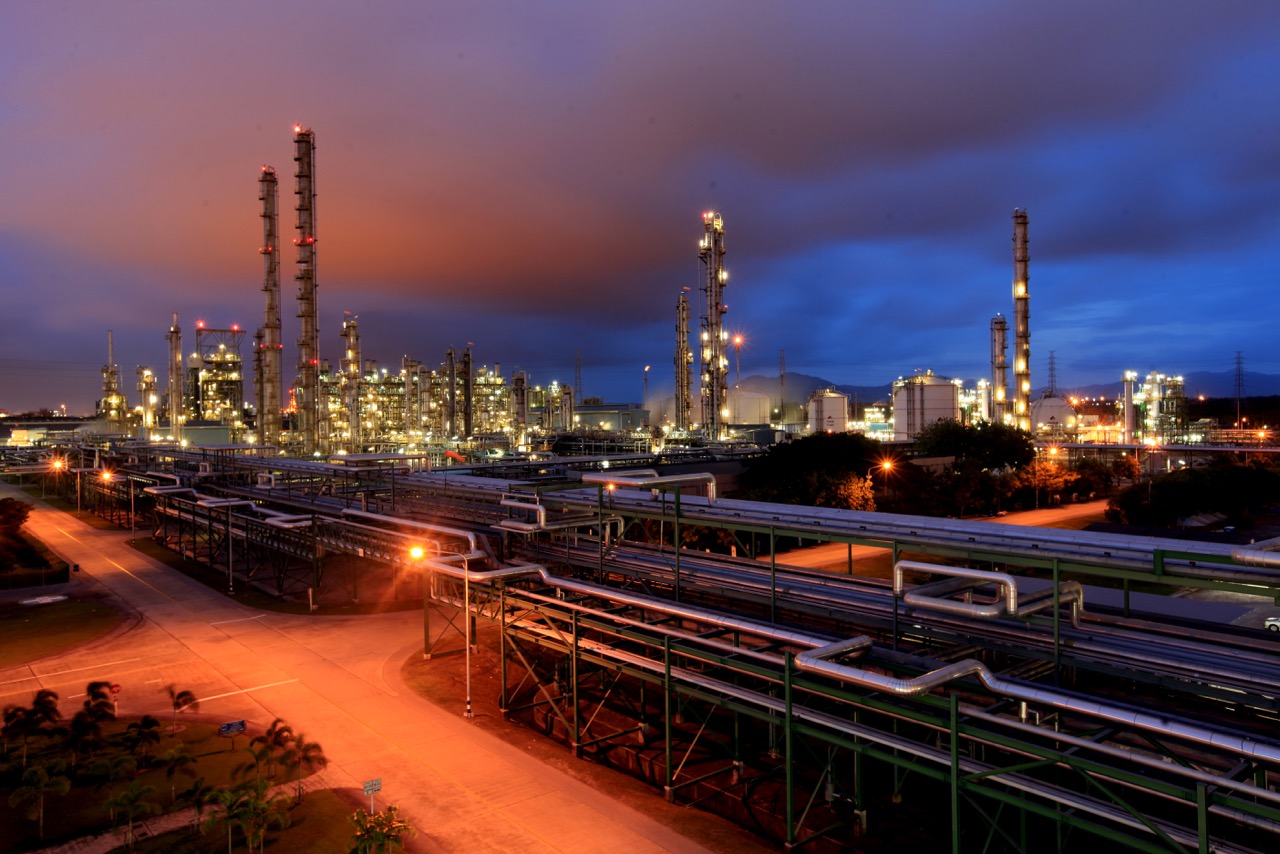 PTTGC America is in the process of drafting an application for an air permit from the Ohio Environmental Protection Agency (EPA) in accordance with its parent company’s Net Zero commitment. Ohio EPA issued an initial air permit-to-install for PTTGCA’s proposed petrochemical complex in Belmont County in December of 2018. That permit will expire February 24.

The forthcoming resubmission of its permit application will be consistent with the ambitious environmental protection goal announced last year by GC, PTTGCA’s Thai-based parent company. GC announced in October it will reduce greenhouse gas emissions by 20% by 2030 and achieve a net-zero emissions goal by 2050 in order to fight climate change.

PTTGCA has invested more than $300 million in the Ohio project, and has prioritized identifying potential partners in order to move the project forward. The support and patience of the Ohio River Valley has been crucial to the progress PTTGCA has made toward making the proposed petrochemical complex a reality.

PTTGC America announced today that it has signed a long-term ethane feedstock agreement with Range Resources – Appalachia LLC, a leading producer of natural gas and natural gas liquids based in western Pennsylvania.

Under this ethane agreement, Range will provide 15,000 Barrels per day of ethane as feedstock for PTTGCA’s planned ethane cracker and petrochemical complex along the Ohio River in Ohio’s Belmont County. The ethane supplied by Range will be utilized by PTTGCA to manufacture polyethylene, one of the key resins used to produce plastics products. Throughout the COVID-19 pandemic, plastic materials have helped protect the public health, especially in the medical and food industries. This agreement is predicated upon PTTGCA reaching a final investment decision on the Ohio Petrochemical Project.

“This agreement will provide the ethane needed for the operation of this project,” said PTTGCA President and CEO Toasaporn Boonyapipat. “Range Resources is another example of the outstanding partners we are bringing together to make this world-scale petrochemical complex a reality. We deeply appreciate the continued support we have received from our federal, state and local partners.”

“We are very pleased to partner with PTTGCA to help support a world-class project in Appalachia.  This further demonstrates our commitment to investing in our community, while growing regional demand for our products,” said Jeff Ventura, CEO and president of Range Resources.  “This project is a great example of what is possible with a multi-decade asset base and forward-thinking teams working together to create value for all stakeholders.”

The PTTGCA Ohio petrochemical complex, once constructed, will be one of the largest manufacturing investments in Ohio.  The project, which will include world-scale chemical manufacturing facilities to produce finished plastic resin, will be capable of producing 1.6 million metric tonnes of polyethylene plastic resin, which is used to make the myriad of plastic products that are necessary to use every day. This facility is expected to create hundreds of highly paid full-time jobs, thousands of construction jobs over the five year period of construction The project’s investment  and high-paying, full-time jobs would have a very positive and transformational impact on the local, regional and state economy and quality of life.

Joined by other Trump Administration officials, Deputy Secretary Mark W. Menezes of the U.S. Department of Energy led a roundtable discussion in downtown Shadyside about the proposed petrochemical complex in the Ohio Valley and later toured the project site in Dilles Bottom. PTTGC America announced the execution of a precedent agreement with Energy Storage Ventures LLC through its wholly owned subsidiary Mountaineer NGL Storage that will provide certain necessary infrastructure for a proposed petrochemical complex in the Ohio Valley. The precedent agreement outlines the terms and conditions for the development of a natural gas liquids (NGL) storage facility that will provide storage and transportation services for the proposed PTTGCA complex. The facility will be the first underground NGL storage site in the heart of the Marcellus and Utica shale formation.

Mountaineer will develop the underground salt caverns for NGL storage on a 200-acre site in Ohio’s Monroe County. The site, owned and operated by Mountaineer, is located approximately 8 miles south of the PTTGCA project site in Dilles Bottom. PTTGCA is working with Mountaineer on 1 million barrels of ethane storage and a pipeline that will link the storage facility to the project.

“Ethane storage and transportation will be a crucial element of a world-scale petrochemical complex,” said PTTGCA President and CEO Toasaporn Boonyapipat. “Mountaineer NGL Storage will provide essential infrastructure and capabilities to our project. Our impending partnership with this first-rate organization brings us one step closer to a final investment decision. We deeply appreciate all the support we have received from our federal, state and local partners, including Belmont and Monroe counties, which have brought us to this point.”

“We are pleased to partner with PTTGCA as it works toward the development of the second petrochemical plant to be located in the Ohio River Valley,” said David Hooker, President of Mountaineer NGL Storage. “Our storage facility will have an important role in managing the plant’s supply portfolio, along with offering PTTGCA and other prospective customers an option to manage seasonal and operational demand with competitive locally priced production. The PTTGCA team has been great to work with, and we look forward to a long and successful relationship.”

The $250 million storage facility will be developed in two phases by creating multiple caverns in the existing underground salt formation. Each cavern will be capable of storing approximately 500,000 barrels of NGLs, including propane, butane, ethane and ethylene. Mountaineer has obtained all required permits to begin construction of Phase 1 of the project – approximately 1.5 million barrels – which will take two to three years to complete. An additional 1.5 million barrels is planned for Phase 2, which will bring the total capacity to approximately 3 million barrels. Additional expansion capabilities are available, subject to market demand. With the support of the State of Ohio and the local community in Monroe County, the Mountaineer project will set new standards for safely building and operating am NGL storage facility.

PTTGC America President and CEO Toasaporn Boonyapipat made the following statement today in reference to the withdrawal of Daelim Chemical USA from the PTTGCA Ohio petrochemical project:

“The Ohio petrochemical facility continues to be a top priority for PTTGC America. We are in the process of seeking a new partner whilst working toward a final investment decision. We look forward to making an announcement by the end of this year or early next year on this transformative project for the Ohio Valley Region. We wish Daelim well and appreciate its contributions to our effort.”

If PTTGC America goes forward with a world-scale petrochemical complex in the Ohio Valley, significant revenue is guaranteed to flow to schools and local government services. As part of an economic development deal between PTTGCA and local governments, the project would invest $47.5 million over 15 years in education and other community needs while also generating more than $20 million in sales tax revenue during construction.

PTTGCA disclosed estimates of approximately 450 direct and indirect permanent jobs for the project. In addition, thousands of workers would be hired to build the plant over the four- to five-year period once it commenced.

Belmont County, Mead Township and Shadyside Schools approved Ohio Enterprise Zone Program agreements for PTTGCA today that will result in payments of $38 million to the school district over the 15-year life of the agreement. Mead Township would receive $9.5 million during the same period. Meanwhile, Belmont County is estimated to receive between $20 million and $24 million in sales tax revenue from the purchase of goods and equipment during the construction phase. The Ohio Department of Development’s Ohio Enterprise Zone Program would provide the project with a 15-year property tax exemption.

The first phase of site preparation, engineering and design work has been successfully completed, and activity on the site will be significantly reduced for the next two or three months as PTTGC America works toward finalizing project financing and supply agreements. The next phase of this project will begin closer to a final investment decision, which PTTGC America anticipates will come in the first half of 2020.

PTTGC Board Chairman Piyasvasti Amranand, CEO Dr. Kongkrapan Intarajang and fellow board members met with at the Ohio Statehouse with Governor Mike DeWine and Lieutenant Governor Jon Husted to provide them a project on the proposed Ohio Petrochemical Complex Project. The Ohio Environmental Protection Agency completed its environmental review of the proposed petrochemical complex in Dilles Bottom with the issuance of a modified wastewater discharge permit Dec. 27 and of an air permit Dec. 21.

“Ohio EPA is proud to be part of the effort to bring critical jobs to Ohio,” said Ohio EPA Director Craig W. Butler. “We have been careful to ensure this facility will not have an adverse impact on the air, water or health of the surrounding communities.”

Ohio EPA held a public information session and hearing in Belmont County for the air permit Nov. 27 and for the modified water permit Dec. 12. The agency considered all comments received before making final decisions on both permits.

“Building this massive ethane cracker plant here will be a game changer, not only for Eastern Ohio, but for the entire state as it will create so many new opportunities for economic development,” Governor John R. Kasich said. “Today’s announcement is an encouraging step forward for this project and that’s good news for Ohio families.”

“The investment plans include significantly more ethylene output at a larger facility that would have a greater economic impact throughout the state for decades to come,” said John Minor, JobsOhio president and chief Investment officer.  “Ohio has the energy resources and attractive business climate, and now this potential joint venture between two world-class companies.”

PTTGCA is on track to acquire the property needed for the project. Once the company close on the purchase of a 300-acre parcel, targeting in April, the companies will own almost 500 acres of needed land to build the complex. INEOS Technologies announced that it has licensed its Innovene™ Process for the manufacture of medium-density and high-density polyethylene to PTTGC America at its proposed petrochemical complex in Belmont County.

Technip SA announced that it has entered into a contract to supply its proprietary ethylene technology and PDP(1) to PTTGC America for the proposed petrochemical complex in Belmont County.

PTT Global Chemical Public Company Limited President and CEO Supattanapong Punmeechaow met with Gov. John Kasich and other state and local officials at the Ohio Statehouse to announce that PTTGC America will invest $100 million to conduct detailed front-end engineering design for a world-scale petrochemical complex on the west bank of the Ohio River in Belmont County. Gov. John R. Kasich announced that PTTGC America has selected a site in Belmont County for the possible construction of a world-scale petrochemical complex.