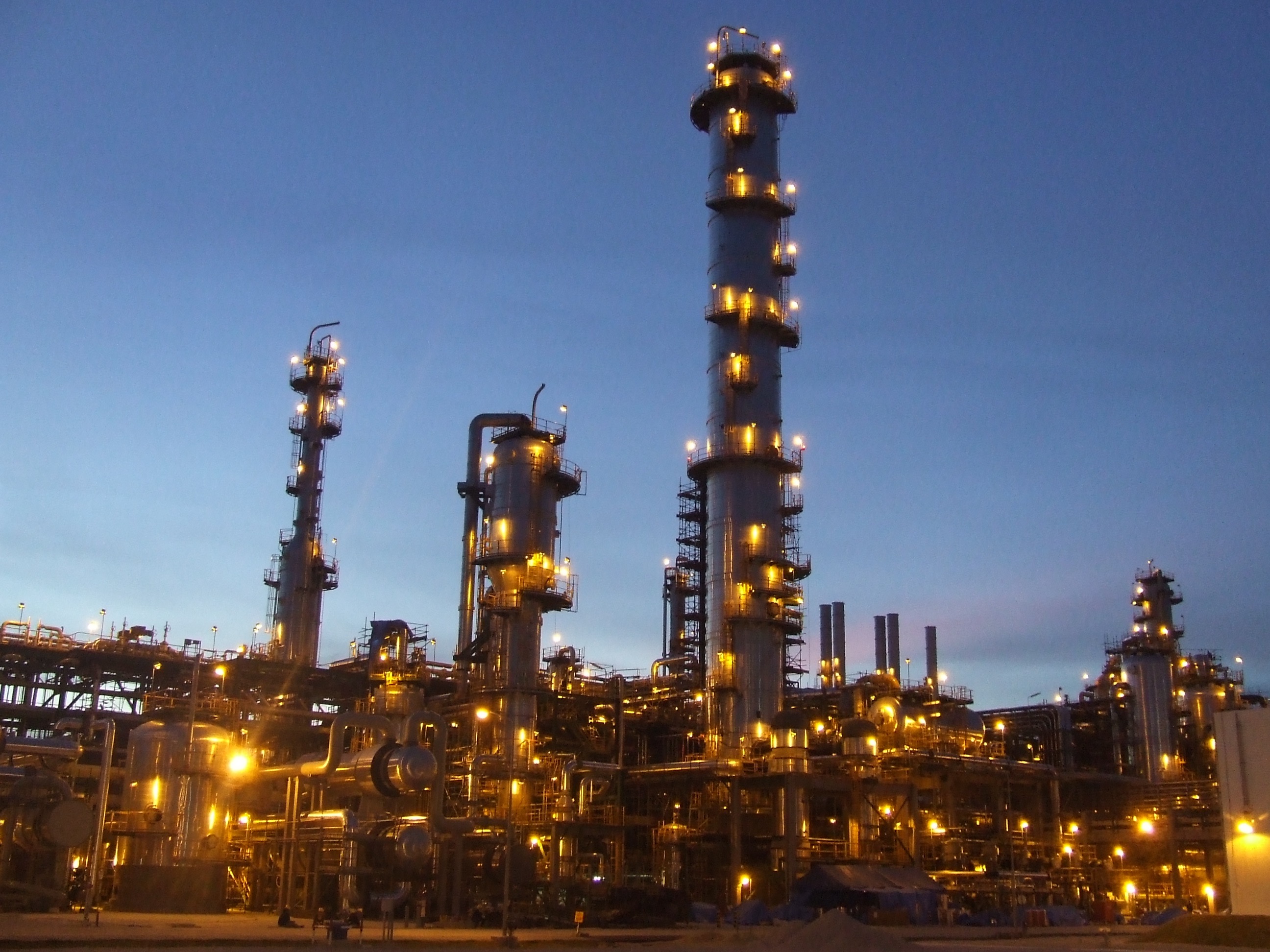 The site selection will be in Mead Township (outlined in red) in the Dilles Bottom area on the west side of the Ohio River. Above are photographs of PTTGC’s petrochemical complex in Rayong, Thailand